Children often have the best imagination. But that tends to fade as we grow up. Well what is imagination anyways? And do we need it as adults?
PrevPrevious
NextNext 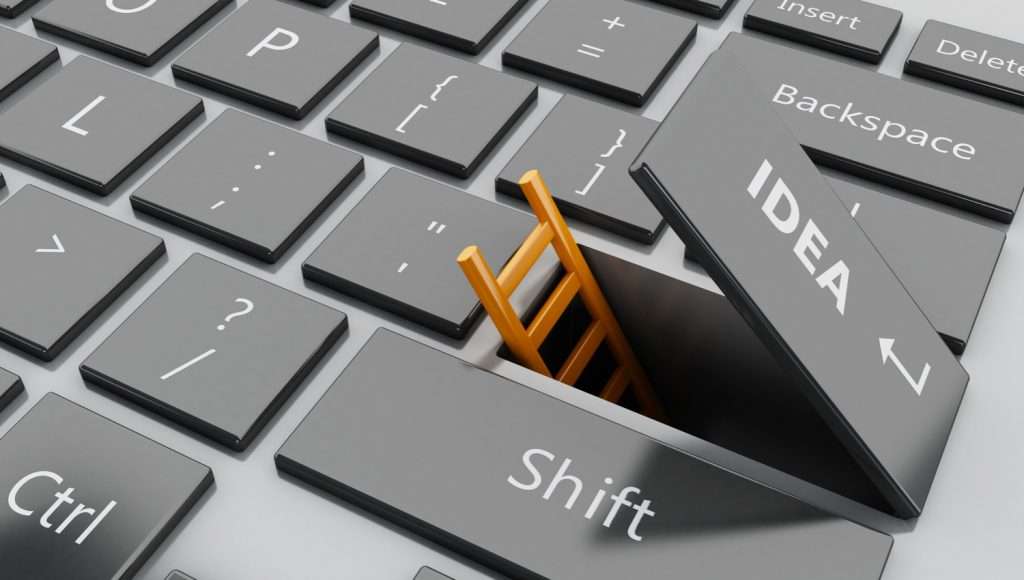 If you’re reading this, your childhood is probably behind you. You’re grown up and doing adult things. You might miss the good ol’ days of being a child and having no responsibilities.

But do you remember the imagination we used to have? Many of us would invent the wildest games and create the craziest realities. Our toys would come to life, and we would have a whole group of friends in our heads. We would have no regard for ‘reality’. What is ‘reality’ when you’re 4 years old? It’s whatever you think or believe, and no one can convince you otherwise.

As adults, we’re amazed at children’s ability to imagine and detach from reality. But what does it mean to imagine?

Collins says:
“Your imagination is the part of your mind which allows you to form pictures or ideas of things that do not necessarily exist in real life.”

Steffan says:
Imagination is the ability to use the senses without actually stimulating them.

Imagination is the perception of things that aren’t tangible or present at the time. It is often referred to as ‘the creative faculty of the mind’.

The main idea is that what we imagine comes from within rather than an external stimulus. It’s similar to AR. We’re able to superimpose an abstract idea onto tangible reality. 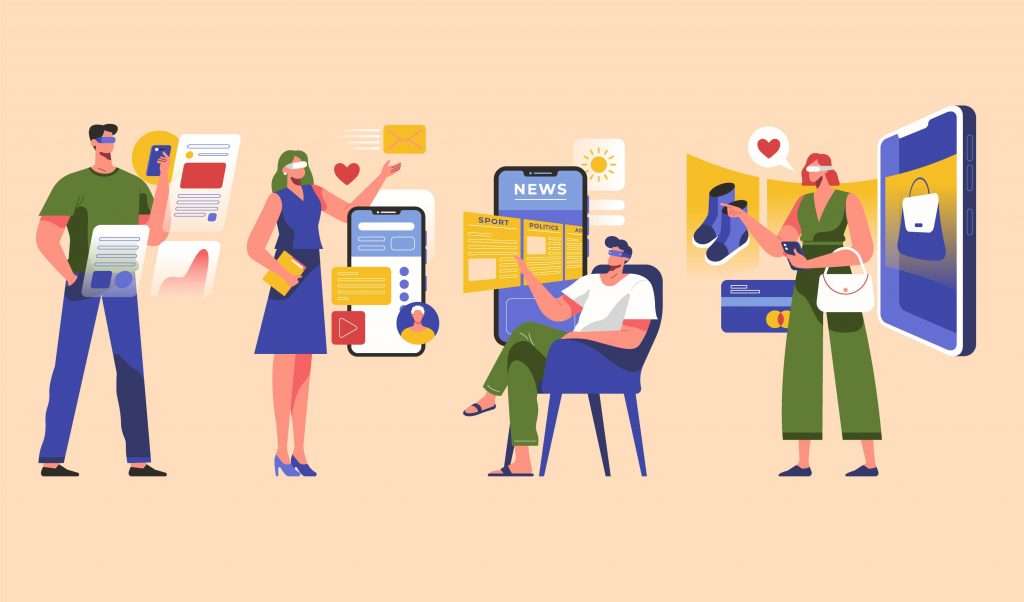 The Visual Element of Imagination

To imagine is why we can visualise what we did this morning even though it’s in the past. It’s why we can picture our upcoming weekend, even when it hasn’t happened yet. Imagination is why I can see myself playing the drums, although I’m at my desk typing this post.

We replay events in our minds as if we have a projector in our heads. Imagination enables us to see, hear and feel things that aren’t really there.

But we can’t imagine things we can interact with. That is just called observation. You can’t imagine it being sunny if you live in the tropics. Your mind doesn’t create a mental image because you have a visual one. It’s the same reason we can’t hope for something we already have.

“Imagination allows us to picture the past and think forward into the future.”

Imagination in the Purest Sense

Creating a mental image of our breakfast is not the only purpose for imagination. We imagine all day, every day.

I don’t know about you, but I don’t have to try on my entire wardrobe to know what I’m going to wear. I go in with an initial idea of what I think will work, and I go from there.

What about when you’re discussing something and want to drive home a point? Maybe the other person doesn’t understand it, or you just want to give context. What do you do? Well, I tend to give a hypothetical situation. I’m likely to give a parable like the typical old wise man. These made-up stories help us adopt new perspectives and make sense of things.

Both examples were never real!

Extract from The University of Chicago (OPTIONAL)

“For example, one must use his powers of imagination to deductively reason that even though he cannot see all sides of a cube he is looking at there are six sides to the cube. For, based on the viewer’s experience, a cube factually and observably does have six sides. Were he to pick the cube up and examine it, he should see and note it as fact observable by his senses. However, since the viewer has the faculties of his reproductive imagination, he need not rely on his senses.

Thus, if reality can be observed by the senses, imagination addresses a certain no-man’s land between what is observably ”true” or “real” and that which is considered totally “fictive” or “false,” in a sense, imagination provides a shortcut. Imagination in this sense, fills in what could in all likelihood be observed by the senses, and apprehends a sense of reality based on the experience of the proof of his senses, without the executed proof.”

We reason and justify things based on the idea of something happening. We compare the possible outcomes to rationalise our decisions. We say, “if we do A, then B will happen”, even though neither has happened yet. If we couldn’t imagine what could be, we couldn’t compare our options.

Jim Davies, a professor of cognitive science at Carleton University, puts it like this:

“But imagination is used in a whole variety of cognitive processes, including planning, hypothetical reasoning, picturing things in the past or the future, comprehending language, and, of course, in design and creativity in engineering and the arts.”

Understanding the feelings of others breeds empathy. Seeing the things that aren’t in front of our eyes breeds vision.

The Need for Imagination

So clearly, we imagine every day. But what is its purpose beyond picking out my outfit to go out? Do we need to behave abstract thoughts and trigger our senses without actual stimulation? What is the benefit besides practical use?

The Need for Imagination

Today, we have so many developments and tools that we consider elemental. We don’t even think twice about things like lightbulbs. Once upon a time, there were no lightbulbs. Instead, we had candles and oil lamps.

As trivial as lightbulbs may be today, they’re one of the most world-changing inventions in history. But if someone didn’t dream and envision, maybe we’d all still be carrying lamps.

Steve Jobs will forever be a staple in history for redefining the mobile phone. Ideas like the iPod were exceptional and pivotal because they were never seen before. The same applies to things like cars, Amazon, AR and VR. If we stop challenging what’s real and breaking the mould, then we’ll stop advancing and developing. (Personally, I’d like to continue).

Life would be extremely boring.

The Entertainment and Media Industry is worth over 2 trillion dollars globally. (that’s with a ‘t’). Not to mention that the Art market is worth another 50 billion. That is a lot of actors, artists, designers, producers, directors and dancers – only to mention a few.

Imagine a world (pun intended) without any of those things. We’d have no fiction books to read or films to watch. Artists couldn’t make new songs, and we’d all be wearing the same things.

The ability to imagine spurs creativity and diversity in every way. It creates scenes and sounds capable of taking us away from where we sit. Some of the best franchises, such as Harry Potter, Star Wars and Marvel, are only possible through thinking beyond reality.

When I was younger, I used to love Harry Potter. My godfather was into his books, and he sort of passed it to me. His love of Harry Potter became mine. I would be immersed in the books so much so that I would wake up in the middle of the night just to read. According to my godfather, I finished the whole series in 6 weeks. The beauty of books is the space to imagine and visualise what you’re reading. That’s why I couldn’t stop.

It’s called ‘the creative faculty of the mind’ for a reason.

Have you heard the saying: “There’s more than one way to skin a cat”? Probably not. It’s something my mum says. Don’t bother asking me where it came from because I have no clue either. But I know what she means is “there is more than one way of achieving the same result”.

Often we have problems and dilemmas. We face challenges, and we look for resolutions and fixes. It can be simple or complicated. Sometimes, it’s new things and other times, we’ve been there before. But one thing is that there’s always an alternative solution.

Especially if it’s a new problem, it probably requires a new solution. But where does ‘new’ come from? Imagination enables us to develop new ways of solving old problems.

“A lot of us want to evolve, transform and grow, but without the thought and ideas, how do we change?”

The Moral of the Story

It’s safe to say that the ability to form ideas beyond what we can already perceive is valuable. It helps us plan, gives us vision. It creates the music we listen to and the innovations that change the world. It’s not just for the children playing their games or the architects. Imagination is for every single one of us.

What am I trying to say? Don’t be afraid to imagine. 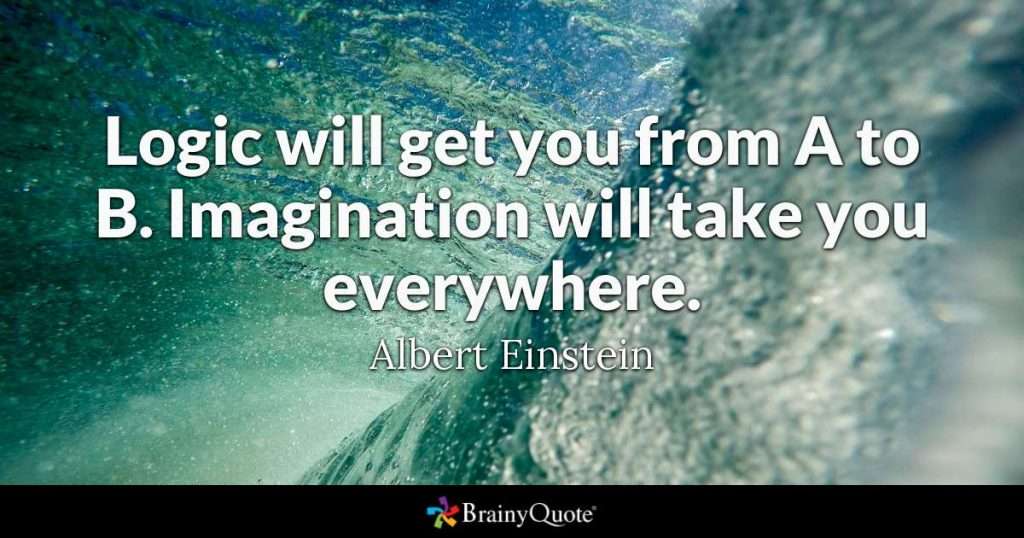 We’re allowed to think of what could be rather than being stuck in what is. There’s a reason why most of us love video games, films or books. It gives us a chance to escape and delve into something outside of reality.

So I encourage us all to imagine more. Dream more. Challenge what is real and possible. You don’t have to be a Steve Jobs or Thomas Edison. Nor do you have to be a J.K Rowling or a Steven Spielberg. All you have to do is think beyond what is already in front of you.

Otherwise, who else would create the next lightbulb, Mona Lisa or blockbuster film? 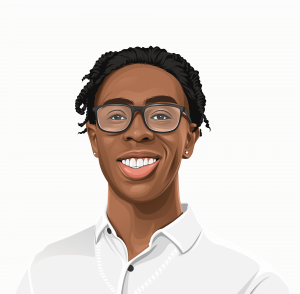 My name is Steffan Lynch. In a nutshell i created this blog for the purpose of encouraging and inspiring personal growth through my own experiences and life. Check out my about me page and social platforms for more.

Every week. Exclusive insights, updates and offers. No spam. No crap. If it doesn’t benefit you, you wont get it. 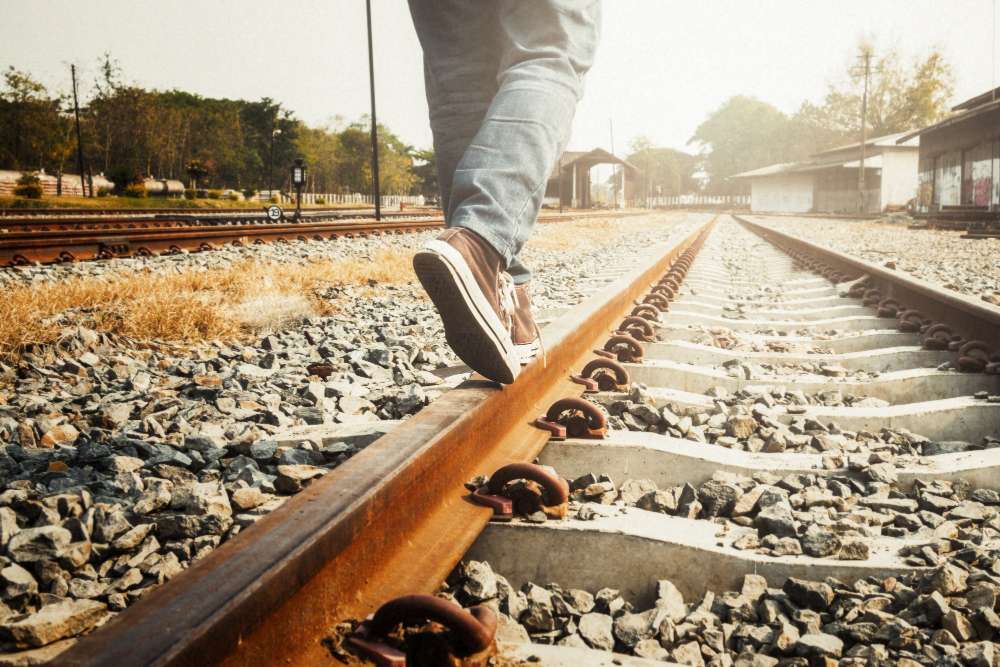 Everything is Hard… Choose Yours 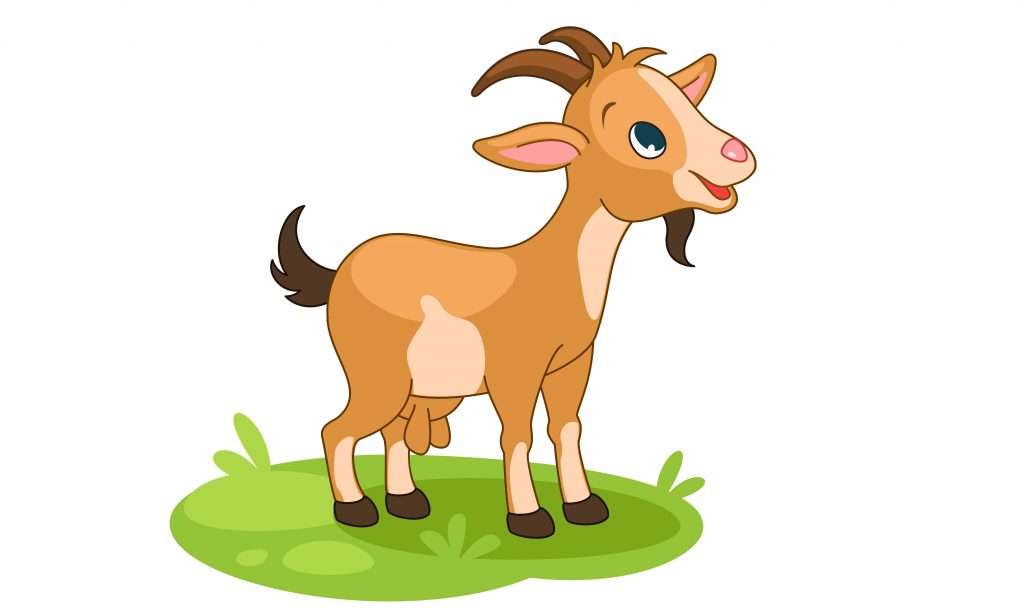 The Story of the Priest and His Goat 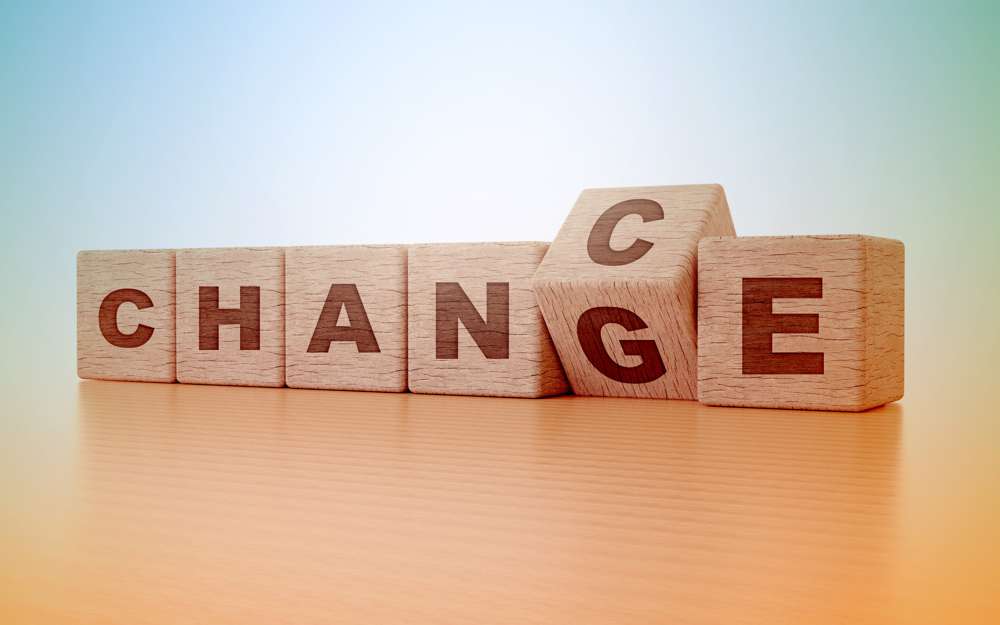 The Only Four Methods You Need to Change

Sharing my Life to Benefit Yours

We use cookies on our website to give you the most relevant experience by remembering your preferences and repeat visits. By clicking “Accept”, you consent to the use of ALL the cookies.
Do not sell my personal information.
Cookie SettingsAccept
Manage consent

This website uses cookies to improve your experience while you navigate through the website. Out of these, the cookies that are categorized as necessary are stored on your browser as they are essential for the working of basic functionalities of the website. We also use third-party cookies that help us analyze and understand how you use this website. These cookies will be stored in your browser only with your consent. You also have the option to opt-out of these cookies. But opting out of some of these cookies may affect your browsing experience.
Necessary Always Enabled
Necessary cookies are absolutely essential for the website to function properly. These cookies ensure basic functionalities and security features of the website, anonymously.
Functional
Functional cookies help to perform certain functionalities like sharing the content of the website on social media platforms, collect feedbacks, and other third-party features.
Performance
Performance cookies are used to understand and analyze the key performance indexes of the website which helps in delivering a better user experience for the visitors.
Analytics
Analytical cookies are used to understand how visitors interact with the website. These cookies help provide information on metrics the number of visitors, bounce rate, traffic source, etc.
Advertisement
Advertisement cookies are used to provide visitors with relevant ads and marketing campaigns. These cookies track visitors across websites and collect information to provide customized ads.
Others
Other uncategorized cookies are those that are being analyzed and have not been classified into a category as yet.
SAVE & ACCEPT
Home
Blog
About
Contact